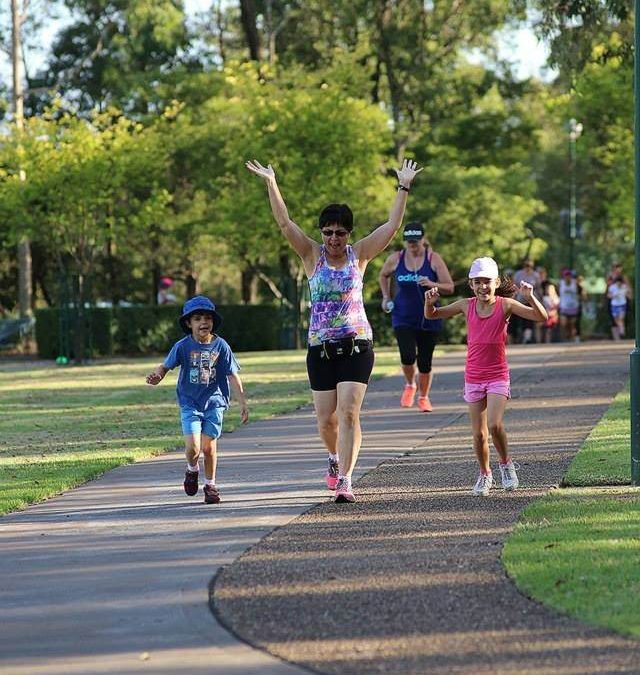 Kathy can often be found running with our crew on Saturday mornings either at the Rachel’s Runners track or at our local parkrun event. In the beginning, she was a reluctant runner, but after an initial bit of arm twisting, Kathy discovered a love of running and inspired her family to join her on her journey. Please say hello to Kathy.

I’m a mum to two kids who sometimes come to Rachel’s Runners, they are my world and they are the reason that I got into running. I also have a wonderful husband who runs like a crazy man! I will never catch up to him but my ongoing development attempting to become a runner has led him back into running which he enjoys greatly and more importantly he supports me immensely. I am also a teacher and I love being able to enrich the world of my students, if only all of the other administration work did not have to be done!

Just over two years ago I knew I was carrying more weight than I should but felt I was okay. I also thought I was ‘fit enough’ although my ageing body was starting to have trouble sitting on the floor for extended times playing Lego or any other activity for that matter. Along with that we decided that 2013 would be a great year to take the kids to the snow and to learn to ski (talk about conquering a few demons! I had said I never wanted to ski, the idea of travelling down a hill with limited control scared the life out of me, I hate slides!). This led me to consider if we were going to spend all of that money at the snow I needed to be fit and healthy.

Tell us a bit about you and running – how, when, why.

I have always said ‘I’m not a runner’. I have conceded to be a shuffler and joke that I channel the great Cliff Young. As I began my ‘fitness’ journey I saw two trainers and stated quite adamantly ʺI don’t do running!ʺ My beautiful second trainer and now good friend Kate played along with me but kept increasing me with tiny steps. I still remember quite clearly running my first kilometre on February 14th 2012. I was beside myself with joy and told just about everybody and anybody who stood still long enough of my achievement. I was stoked!

Slowly my distances increased and by July that same year , the weekend after our snow trip, I ran the whole 11km Sutherland to Surf event – another milestone for me. I was fitter and trimmer and happy with what my body could do. Around this time I began to discover the painful road of injuries, first my knee which I injured day one at the snow, then a groin/hip injury which became affectionately known as my ovary muscle! I became more interested in pushing myself further and by October that year I set myself a challenge to run 100km in the two week school holiday break and I did it, but I also over did it 🙁 I have learned a lot along my journey, most importantly listen to your body.

Rachel’s Runners was a group I had heard about from a few friends. I really didn’t feel I was a good enough or a serious enough runner to join but one day last year I thought I would give it a try and I’m so glad I did. I don’t plan on ever being a hard core runner (my body is still plagued with injuries, especially my weak core and dodgy hip flexor, although the ovary muscle however has improved!) but I do enjoy my runs with the group both at our track and more recently at Menai parkrun.

Two years ago I said ʺI don’t runʺ, now I do. Up until last year I couldn’t ride a bike but I rode 150 km last October in a bike challenge. This year my plan is to conquer my incompetent swimming style so I can compete in a triathlon. My work commitments have stopped me from taking on learning to swim but I plan to do the Triathlon Pink in March, even if I have to use a kickboard! There I have said it now I will have to do it! 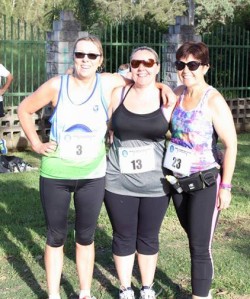 Running buddies are the best!

Running has taught me to never say never. It has taught me about myself, my body and who I am. I love the way I feel after a run, once the ʺI’m going to dieʺ sensation passes and the rush of success hits you. I love the support, the camaraderie and the friendships.

Today my favourite piece of equipment are my shiny new Asics running shoes, along with my running belt and my Run Keeper app on my phone. Perhaps one day I’ll get a flash watch with GPS and whistles and bells!

My biggest challenge with running is remaining injury free and strengthening my weak core.

Believe in yourself and take your journey one step at a time while listening to your body as you go. 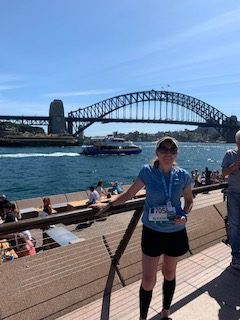 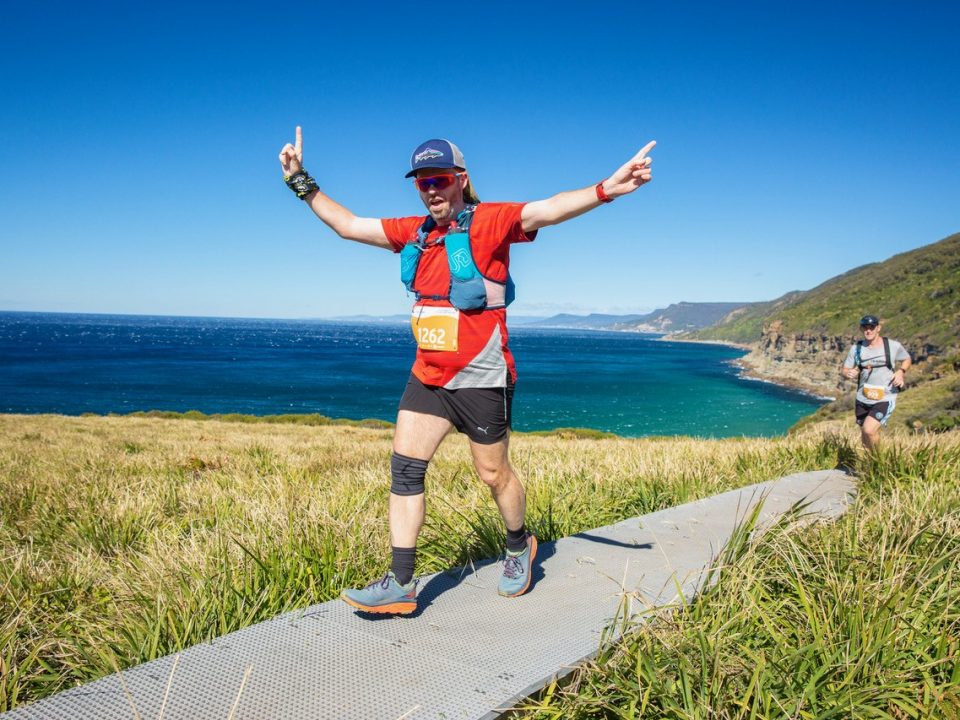